For those that love highly caffeinated coffee, the question “Who makes the strongest coffee in the world?” sparks quite a debate.

In this article, I put that question to bed and tell you exactly which coffee is the strongest in terms of caffeine content and tell you the content of caffeine per cup. I warn you, the levels of caffeine in some of the most highly caffeinated coffee beans are quite stunning!

Almost 4 times the recommended daily dose of caffeine, more than enough to give you the jitters!

If you are in a rush and have no time to read the rest of this article I’ll tell you straight off the bat it’s Black Label by Devil Mountain with a trembling 1,555 milligrams of caffeine.

There is no denying that it is one heck of a caffeine kick!

It is best to define exactly what I mean by strong coffee, so we are all on the same wave length. When I talk about the strength of coffee, I am referring to the caffeine content and caffeine levels.

When some people talk about the strength of coffee, they are often talking about the flavor and that full-bodied taste of dark roasts rather than the sharp flavor of light roasts.

There are a few ways of boosting the concentration of caffeine in coffee. One way is the type of beans you are using, another is simply to use more beans. Other ways of increasing the caffeine content into your coffee is to alter the grind size and, of course, your brewing method.

If you are part of the home roasting revolution, the actual caffeine content of your beans can be altered with some very fine roasting techniques. You can also then play around and make your own blend with is not only has huge amounts of caffeine but tastes great as well.

Read: Benefits of pour over coffee

What Coffee Has The Most Caffeine?

There are a number of coffee beans that are available online that have an insane amount of caffeine and still have an amazing taste. There is no relationship between caffeine content and taste, you have no need to compromise taste and end up with a coffee that is too bitter. You will still enjoy an amazing coffee.

The coffee with the most caffeine is Devil Mountain Coffee with a 1,555 milligrams of caffeine per 12 ounce (360ml) cup.

The next strongest is very strong coffee with 1,350 milligrams of caffeine per 12 ounce cup of coffee.

These are the only brands that have 1,000 mg of caffeine or more.

5th is undoubtedly the most famous due to excellent marketing, is Death Wish coffee which has 728 mg, which is still a very strong concentration of caffeine despite being almost half that of the most caffeinated coffee.

The caffeine levels of all the top 5 listed are incredibly strong, with the strongest almost 4x the RDA and the weakest of the 5 almost double the maximum suggested dosage of 400 mg per day.

Warning: Everyone has different caffeine tolerances, these coffee brands can end up making you sick, giving you the shakes and some uncomfortable bowel movements! Try at your own risk!

Which Coffee Has More Caffeine Arabica Or Robusta?

There are 4 types of coffee beans. The two most famous that account for 90% of all coffee beans produced and sold are Arabica (60%) and Robusta 30%.

The remaining 10% are Liberica and Excelsa.

Arabica is the preferred bean by many as it is widely regarded as producing a better-tasting coffee due to a much smoother flavor.

Of all the four, robusta beans are cheaper, more resistant to disease and contain a higher amount of caffeine per ounce than the other three. They have almost double (1.7x) the amount of caffeine than the more popular and common arabica beans. These beans are more bitter than others and are considered as a low quality option.

I beg to differ – I enjoyed a good robusta while living in Vietnam.

What Country Has The Strongest Coffee Culture?

Top spot, head and shoulders above all, for the strongest coffee culture, goes, rather surprisingly, to Viet Nam.

I completely understand if Italians are up in arms and yelling “mama mia!”. Viet Nam, the hip trendy kid of the coffee world after coffee was first introduced by the French in 1857. Now, Vietnam are second only to Brazil and the leading coffee producers and exporters worldwide.

And ohh how they have a range of flavors that you cannot imagine or would have ever thought of. Let’s say they are fast learners.

Traditional Vietnamese coffee, a ca phe phin, is strong, bitter and absolutely iconic and symbolic of the slow pace of life of years gone by. Each individual cup has its own filter, which slowly drips into your cup as life goes past.

Coffee innovation in Viet Nam is on another level, light years ahead of anything you will see served in your local Starbucks. Far beyond Irish coffee or a drop of baileys in your coffee. I’m talking Coconut (ca phe dua) egg (ca phe Tru’ong), yoghurt, and a wide range of fruits like banana, avocado – think a smoothie with a shot of espresso.

Tremendous idea, and yes, they taste great and are an ideal lunch replacement as you get your fruit and your coffee all at the same time. This quick morning breakfast and lunch might go a long way to explaining why the ladies are so slim and with soft beautiful clear skin.

In the socialist republic you don’t need to go far to find a speciality roaster or truly great place to get a great Cuppa Joe.

What Coffee Roast Has The Most Caffeine?

Light roasts are known for having full floral flavors and maintaining the characteristics of their origin, mineral content and their caffeine. Darker roasts

When a coffee bean is roasted, it loses up to 90 percent of its water content. When it comes to caffeine, then, light roast coffee is denser, and consequently, it retains more minerals and nutrients, like caffeine.

What Kind Of Coffee Has The Most Caffeine Starbucks?

The Starbucks coffee that has the highest caffeine kick is elaborated using their clover brewing system. The caffeine levels in the coffee.

The clover system is only in use in certain select Starbucks outlets, unfortunately.

Here is how the Clover blends are on the caffeine scale:

Despite looking rather lightweight in comparison to the other seriously strong 1,550 mg and 1,000 mg coffees I spoke about earlier, make no mistake about it 380 mg is a strong coffee.

Will Using A Finer Grind Of Coffee Make The Coffee Stronger?

Using a finer grind equates to using more beans and thus a greater concentration of caffeine and everything else including the coffee oils and the strong bitter flavors. A greater amount of coffee is in contact with the water and thus more released into your cup of coffee.

A finer grind also means you will need to reduce the brew time to prevent that over extraction and too bitter a taste.

The answer to this one is the French press. The French press produces a fantastic flavor packed coffee that aids you in getting the full flavor from your beans and is perfect for light and dark roasts.

What Is A Better Stimulant Than Caffeine/Coffee

In terms of better for your health, but not as high a caffeine content is Tea. Tea has, on average, half the caffeine than coffee. Due to the L-Theanine content it has a better and more calming effect on your brain waves and thus aids concentration for prolonged periods of time.

A better stimulant in terms of a pure stimulation and energy boost is guarana, which has 3.6% to 5.8% caffeine per ounce, while coffee, Robusta coffee has 2.2% on average. That is 61% to 236% more caffeine than the strongest coffee on an ounce per ounce basis.

Is An Espresso Stronger Than A Regular Coffee?

The direct answer to this is a complicated yes and no. Accuracy of information is at the heart of what we do at Latte Love Brew.

In terms of total caffeine content you will find that a double shot (2 ounces (60ml)) of espresso will contain 80 mg of caffeine. This is less than what you will get from other brewing methods served in a 12-Ounce Cup.

on an ounce per ounce basis, there is more caffeine per ounce in an espresso shot than any other coffee with perhaps a ristretto, which is a dense, focused espresso.

How Much Caffeine Per Day Is Too Much?

The caffeine tolerance level is something that varies from person to person. As a guidance, the FDA of both the US, Australia and the European equivalents state that 400 milligrams of caffeine is the recommended daily limit.

Beyond this limit, it is said to be detrimental to your health. However, there are studies that support the health benefits of caffeine from reduced heart attack and even improved sexual function in both men and women – hey I’m not a scientist or doctor, but I can only report my findings and my own hypothesis that the increased blood flow helps “down there”.

With that said, I strongly advise on sticking to the 400 mg daily limit for caffeine. Yes, some of these seriously strong coffee brands should be banned coffee. At 1,550 mg that I have seen, it is literally killer coffee and probably should come with a medical warning.

What Is The Strongest Coffee In USA?

The strongest American coffee brand is Devil Mountain Coffee. The coffee provides you with 1,550 mg of caffeine per 12 ounce (360 ml) cup of coffee.

Some coffee blogs and websites claim it is Black Insomnia and Death Wish coffee, but both those companies and their coffee provide you with less than half the caffeine punch than Devil mountain. Black Insomnia weighs in at 702 mg, while Death Wish 660 mg per 12 ounce cup.

Which Coffee Brand Gives You The Most Energy?

By far, it is Devil Mountain Coffee if you are referring to energy by means of caffeine stimulation.

The coffee with the most caffeine is Devil Mountain Coffee with a 1,555 milligrams of caffeine per 12 ounce (360ml) cup.

Frappé-Ing It All Up – Who Makes The Strongest Coffee In The World?

Searching for who makes the strongest coffee in the world tells us all one thing – the average coffee or the type of coffee that you are drinking might not be giving you that caffeine level and kick that you need.

Devil Mountain Coffee and their 1,555 mg of caffeine in a 12 ounce cup provides you with a killer coffee that is so strong it really should be banned coffee! The flavor profile is said to produce an intense flavor and despite the insane caffeine content it is said not to induce jitters.

How they have produced such a strong caffeine content I have no idea, I suspect it is a use of non-natural process or from intentionally breeding high caffeine producing plants together over several generations.

The type of bean used in an Arabica bean with the roasting process taking it to an intense dark roast. 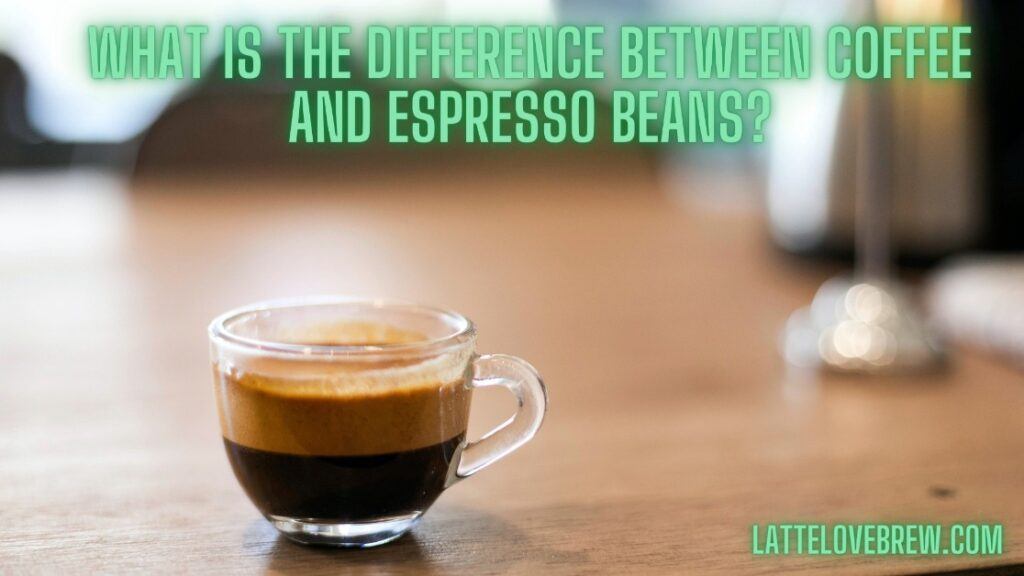 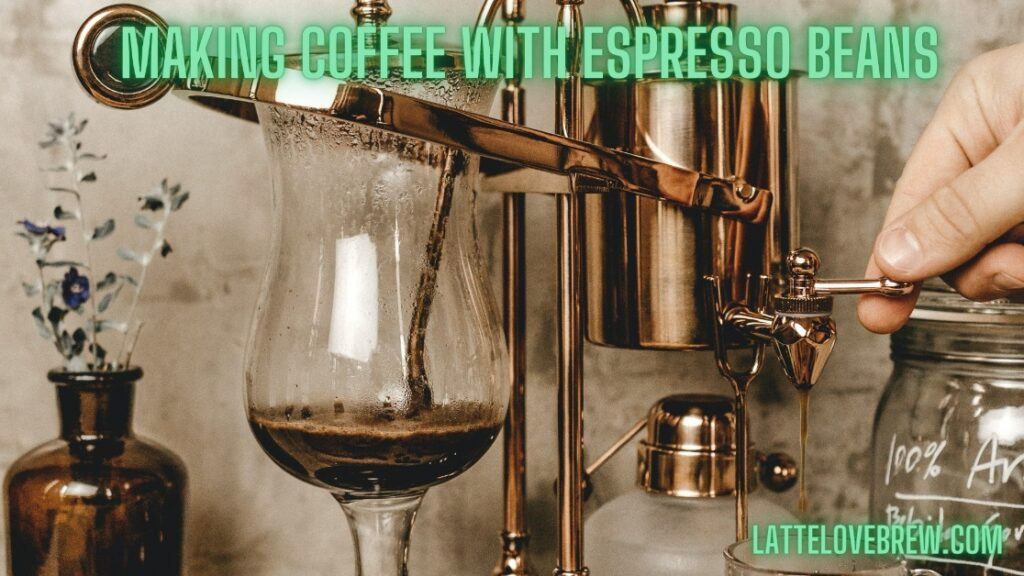 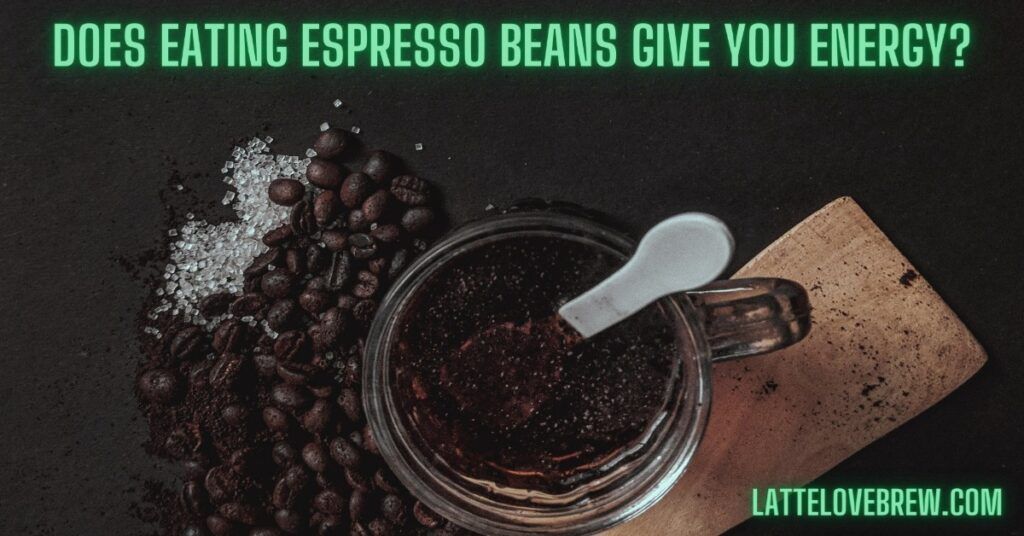 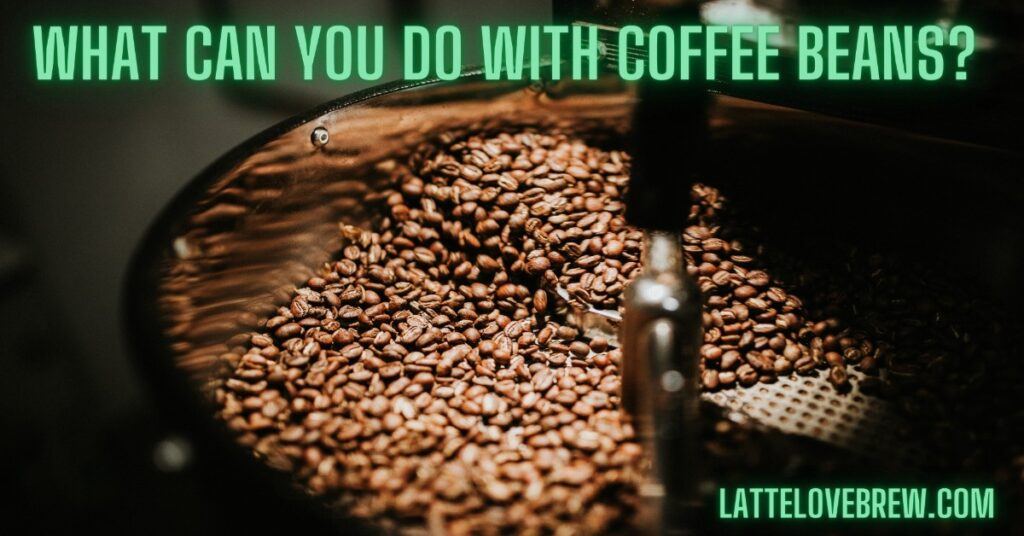